One of the most common types of personal injury cases our attorneys take on is wrongful death claims. These cases happen when a person dies due to the misconduct or negligence of some other person. In many cases, the case leads to criminal persecution relative to the casualty; however, a wrongful death lawsuit can also be charged, which is a civil action and is distinct from criminal prosecution.

In the former scenario, the standard of evidence tends to be lower. In this blog, we shall discuss the nuances associated with wrongful death cases such as the causes, who bears the liability of the wrong full death case, and how a wrongful death attorney can help you in this situation.

What Qualifies as a Wrongful Death Case in Tampa?

When an individual dies due to the alleged negligence of a person, then the family or friends of the person can file a wrongful death claim against that person.  While that is a simplified way to summarize these types of cases in Florida, wrongful death cases often contain many nuances. Before moving on, let’s look at some well-known examples of wrongful death claims. These real world cases should help shed more light on the nature of these wrongful death lawsuits.

The Case of OJ Simpson

OJ Simpson murder case was a murder trial held at Los Angeles County Superior Court between 1994 -1995. OJ Simpson, a national football player, was tried for the murder of two people that happened on June 12, 1994.

The victims were OJ Simpson’s ex-wife Nicole Brown Simpson and his wife’s friend Ron Goldman. The bodies were found, stabbed to death on June 13, 1994, outside Nicole’s Condominium in Los Angeles.

The Case of Aaliyah

On August 25, 2001, R&B singer, actor, and model Aaliyah died in a plane crash in the Bahamas along with eight other individuals after a music video shoot. A wrongful death case was filed by her parents against several parties such as the airway company and Virgin records for creating unsafe transportation circumstances.

The lawsuit was filed on many grounds. It was alleged that Virgin records hired the airway despite knowing that the pilot was unqualified for the job and inexperienced. This tragic crash took place on the pilot’s first day with the airline.

Louis Morales III, the pilot, was also found to be intoxicated as toxicology tests revealed traces of cocaine in his system, and he also had criminal charges for possession of drugs. Furthermore, the Federal Aviation Administration (FAA) had not approved the license of the pilot.

The aircraft was also carrying more passengers than it should have been, and the aircraft was 700 pounds overloaded. In 2003, the wrongful death claim reached a confidential settlement.

Types of Wrongful Death Cases We Specialize In

Let’s look at some of the types of wrongful death cases our team of personal injury lawyers work on here in Tampa, FL.

Car accidents are one of the most common causes of wrongful death cases due to the behavior of the driver and the background of the driver. Data suggests that around 6 million car accidents happen every year in the US.

Along with that, around 22 471 of these car accidents cause property damage and over 27,000 Americans due to these accidents. The majority of these cases happen due to negligence of the driver, such as intoxication while driving, reckless driving, and over speeding.

It is estimated by ILO that each year around 2.3 million people are met with work-related accidents. Workplace accidents may also involve diseases acquired in workplaces. It also corresponds with when workers are forced to work overtime and end meeting a fatal accident.

As we saw in the example of singer Aaliyah, aviation accidents may also lead to a situation of a wrongful death case. Even though Aviation accidents are rare but when they do happen, it’s almost certain that the results will be fatal and end up in the loss of the lives of passengers on board.

Wrongful death claims associated with aviation can be due to the negligence of the airway company, the manufacturer of the aircraft, the misconduct of the pilot, or all of them. Around 80% of aviation accidents are caused by human errors.

Semi-truck accidents have a category of their own due to their enormous size. On average, a semi-truck weighs around 35,000 pounds. Since they are larger than vehicles, the impact of the crash is huge and usually ends in multiple fatalities, property damage, and the death of bystanders.

Semi-truck accidents can happen due to multiple reasons, such as over speeding, intoxication, reckless driving, etc. The liability can fall on the driver, the trucking company, the manufacturer of the truck, or all of these parties.

Following the trial of a liable person for a wrongful death claim, the jury initiates its criminal trials with a sightly low standard for proof. However, it’s not necessary that a person found liable for the claim will also be convicted.

Elements of A Wrongful Death Claim

For a person to be found liable for the wrongful death claim, the following elements need to be present.

Who Can Sue for a Wrongful Death?

Wrongful death claims should be filed by the representatives on behalf of the survivors of the deceased that are suffering damage from death. These representatives are known as real parties in interest and vary from state to state; these people include:

Under wrongful death actions, immediate family members such as a spouse, children, and parents can recover under all states.

Persons Suffering Financially Due to Death

In many states, the people who are financially suffering due to the death claim can also sue the entity!

Who Can Be Sued for the Wrongful Death?

Wrongful death lawsuits can be filed against a variety of people that are involved with death, and it can be proven that their misconduct leads to the death of the victim. Those who can be held liable in an automobile/aviation accident include:

What Damages Can You Seek in a Wrongful Death Case?

Damages in wrongful death cases are measured in terms of finance. Courts determine what will be fair financial compensation for the family member of the deceased. This is done by determining how much the family has lost, which can include funeral expenses and medical expenses.

The jury also pays attention to how well the decedent was doing financially when determining financial compensation. To punish the wrongdoer, punitive damages are demanded from the culprit. 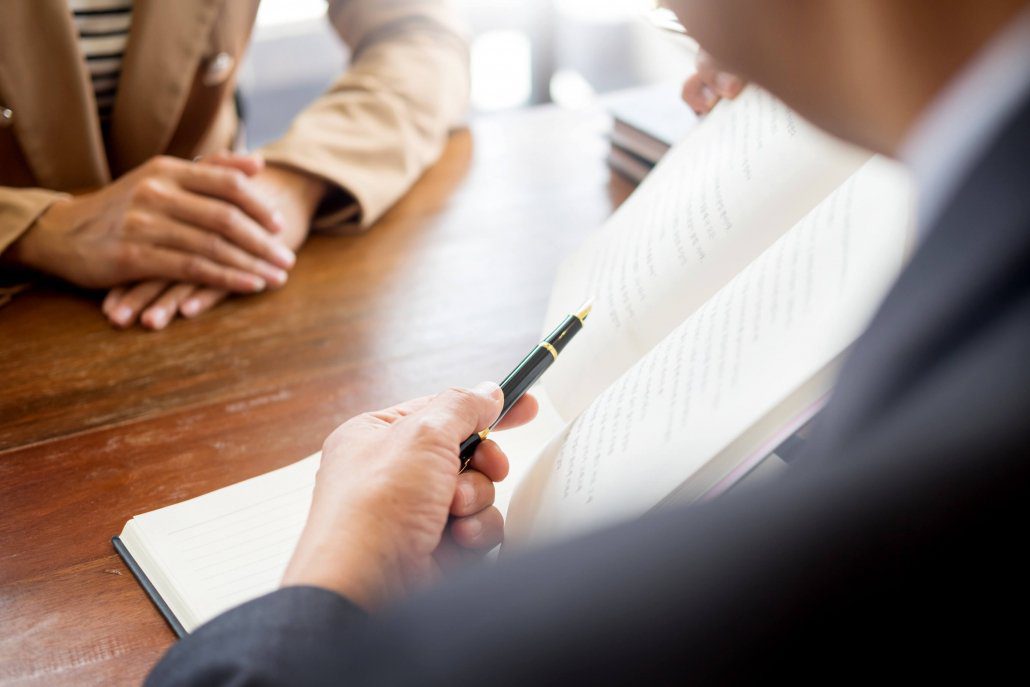 When Should You Hire a Personal Injury Attorney

A wrongful death attorney will help your case to be put in front of the jury when the trial is being conducted. The attorney looks into the case and determines whether the people involved with death can be found liable.

If they are found liable, the attorney makes sure that you get justice and collects evidence that can support your side in front of the jury.

What Should You Do If You Think You Have a Wrongful Death Case?

If your loved one has died in some type of accident and you are sure that it was caused by the negligence of a person or even with specific intent behind it, then you should take legal action immediately. You can contact a wrongful death lawyer in Tampa today by calling (813) 563-6463. 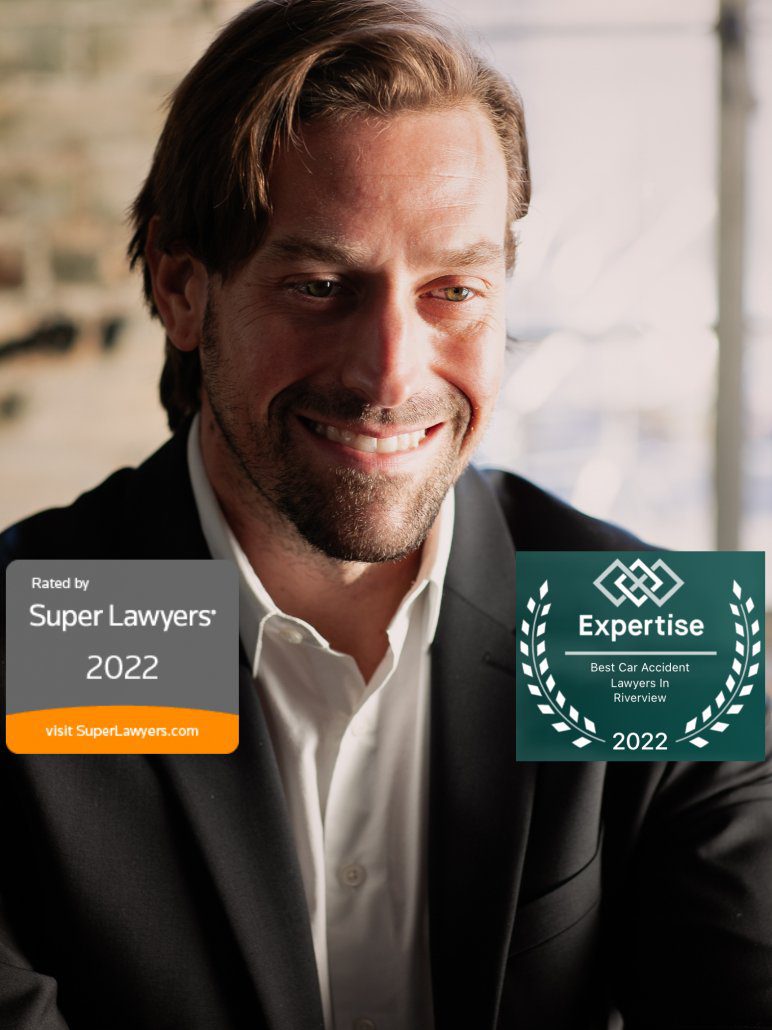